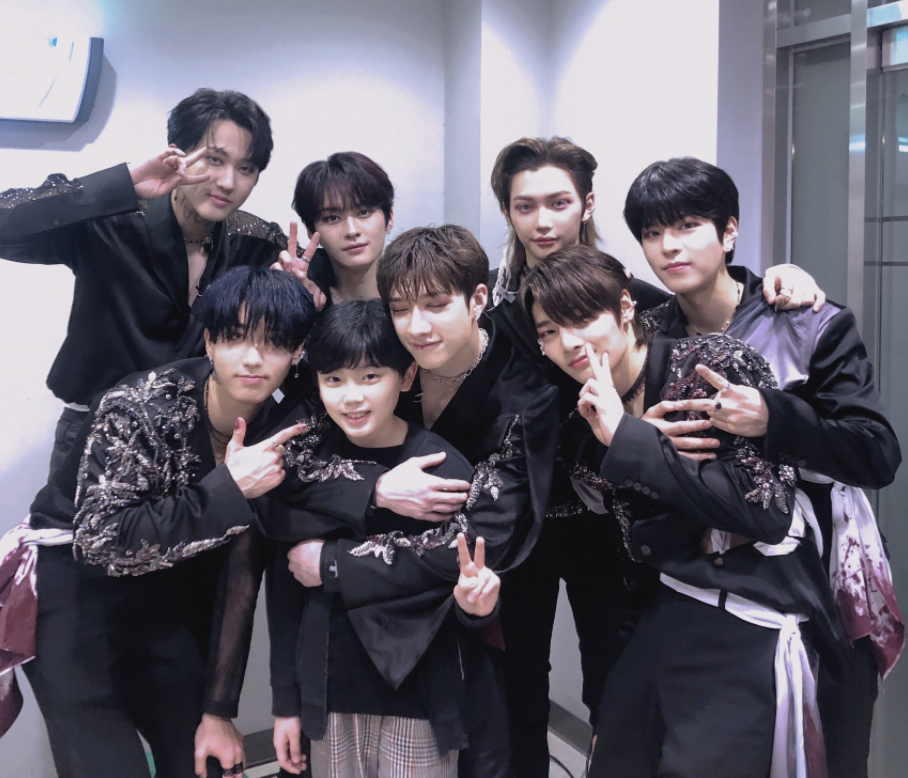 Honestly, all 6 teams did so well so I don’t really want to compare,
but personally what I felt after watching the 2nd round belatedly was that out of all of Kingdom, I already knew well that everyone was good at performing so I had some expectations that I wanted to see a stage that’s different and new.
I’m glad this was satisfied, if I had to pick (who did this) SKZ and BtoB.
Since the two teams have such different colors I think they gave each other good synergy.

Other teams were already doing well and they met expectations in a “Oh, as expected they did well” manner
but SKZ and BTOB it was more like “Oh? They can do this type of stage too? Wow I didn’t expect it but they’re good at this too.”

Originally SKZ is mala taste spicy taste, that kind of strong performance-center.
And it felt unfortunate that there weren’t a lot of stages where you could clearly listen to the song.
In round 2, their song choice was good and their concept wasn’t a cliché love story so it was even better.
I also liked their stage because there seemed to be a connecting narrative with round 1,
and I still have a deep lasting impression because they expressed their desperate emotions well.
The vocal mistake at the end is fully understandable because it was live, and rather than the whole stage being lacking because of it, I more so still felt that they did well.
It actually isn’t very common to be able to immerse yourself in emotions while watching an idol stage so I think (their stage) was so great.

I really hate dividing like who did well who did bad all stages were good and everyone did well,
but I just wanted to talk about a stage that was a bit original and that left a lasting impression.

While doing kingdom, I hope to see a lot of original, never-before-seen stages from the other teams too
rather than ones that could be expected.

All 6 teams i’m cheering for you.

[+88] I’m a Melody, but mistakes are only possible because they sang live. A lot of people get cursed at like “are you even a singer” when they don’t do live and only show performance. Initially, I knew SKZ as a group that was self-composed and did a lot of lives. I did a lot of research before Kingdom too so I know but SKZ is skillful. BTOB is just famous for being skillful in general so even with mistakes they just laugh and pass, but yesterday, the register is already high to begin with but seeing (the maknae) cry saying he only showed 40% made my heart hurt.. At the very least it’s not because of lack of skill.

[+42] I’m a Kingdom non-fan but I have the same thoughts as OP!! They really did so well and worked hard. It made me want to warmly cheer for them!!

[+17] I like SKZ so much too.. Firstly, I like that you can tell they’re singing live, and rather that I.N end part where he kind of shook? It felt even more desperate so I actually liked it, and I already knew Han Jisung was good at singing, but this is the first time I learned that Seungmin sang that well,, Really a kind face but an *unkind voice.. It felt like the melancholy was maximized because Kim Seungmin and Han Jisung sang the high part and mixed with Seo Changbin’s imprinting rap, and that part is kind of famous in the original song. It kind of felt like I felt the same feeling and goosebumps (as I did when I heard the original). And Yongbokie’s hand gestures while rapping was super cool. And to be honest I didn’t understand the story at first but when it got to the end I recollected the previous parts and went “ah, that was that!” and watched like that, I went even more “wow” and it was fun! SKZ is always making stages full of things to see for real I’m not a fan I’m a non-fan**
*meaning that his voice is insane
**includes screenshot of Melon listening data to show that they’re non-fan